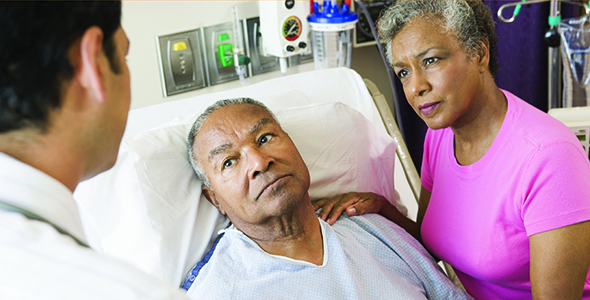 Sepsis is a silent killer that the majority of Americans have never heard of. According to a survey conducted in 2011 by Sepsis Alliance, nearly 60% of those surveyed said they had never heard the term, “Sepsis.” Sepsis is what our grandparents commonly referred to as a, “blood infection.” It is when a person’s immune system starts attacking their own body, leading to massive organ failure and often death. Rapidly treating sepsis patients with antibiotics is absolutely vital to their survival.

Delaying antibiotics even an hour or two could cost a patient his or her life, but overuse and misuse of antibiotics is the primary driver of antibiotic resistance—another extremely serious health threat.

Sepsis is always a secondary condition. It typically develops following such illnesses as pneumonia, UTI, or GI infections. It’s sepsis that causes patients with these illnesses to die, not the original illnesses themselves. We’re unfortunately seeing sepsis (and antibiotic resistance) occurring with greater frequency, even in young patients.

Hospitals across the U.S. are being required to implement two significant protocols. The first is a sepsis protocol. The sepsis protocol is necessary to avoid misdiagnosing sepsis, as it is often masked by one of the primary presenting illnesses, such as pneumonia. In our hospital’s case, our goal was to pull patients into our sepsis protocol as early in the sepsis inflammatory cascade as possible. Interventions that save lives are thoroughly proven and documented—fluids, antibiotics and vasopressors can save the majority of patients.

CMS has mandated U.S. hospitals have an antibiotic stewardship program in place by the end of 2017.

It seems that treating sepsis patients with large doses of antibiotics is at cross purposes with fighting antibiotic resistance, but we learned that adding PCT testing to our sepsis patient screening process (part of our sepsis protocol) is key to saving patients from sepsis while also reducing antibiotics use. An elevated PCT level is a powerful indicator that a severe bacterial infection has occurred and sepsis is possible. A normal PCT score, particularly one that remains normal for several days, allows us to look to other possible causes of illness sooner than we would have without PCT.

We quickly saw the great predictive value of adding PCT to our sepsis protocol in the ED.

For example, a 68-year-old male patient was admitted to our emergency department with lethargy, headache, neck stiffness, disorientation, and increasing blood pressure. The patient was a smoker with Type 2 Diabetes and past history of cardiac issues, including heart attack. Tests showed a high white blood cell count, normal cardiopulmonary function and negative neurological exam results.

The initial PCT level taken in the ED was low and it remained normal for several days. Based on his symptoms, his normal PCT level led the ICU team to look for other possible causes rather than administering unnecessary antibiotics. A lumbar puncture revealed that he was suffering from viral meningitis. Thanks to PCT, antibiotic exposure was dramatically limited in this patient. The viral meningitis was effectively treated and he was discharged.

Serial PCT testing—starting in the ED—is now central to both our sepsis protocol and our Antibiotic Stewardship Program. The test provides us with much more confidence when deciding to start antibiotics or going a different route, as well as discontinuing antibiotics.