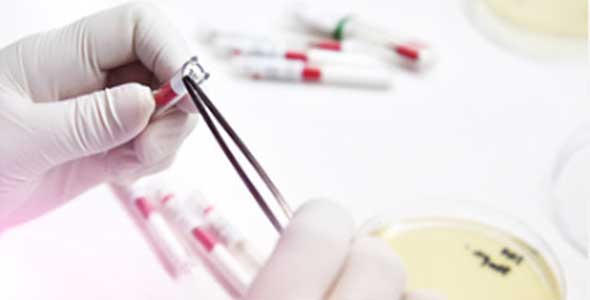 As a molecular microbiologist, I have studied antibiotic resistance for more than two decades and have witnessed the acceleration of this public health crisis at a pace that few would have predicted. Already, the U.S. Centers for Disease Control and Prevention (CDC) conservatively estimates that each year in the U.S., at least 2 million people acquire serious infections with bacteria that are resistant to one or more of the antibiotics designed to treat those infections, and at least 23,000 people die each year as a direct result of those antibiotic-resistant infections. Many more die from other conditions that were complicated by an antibiotic-resistant infection.

In reality, superbugs are monsters of our own creation.

We have overused and misused antibiotics in human medicine and in food animal production so excessively that we have forced bacteria to evolve new methods, or mechanisms, of resistance. All life forms adapt to changing environments. That’s exactly what bacterial pathogens are doing. We are fueling the rapid development of new forms of antibiotic resistance by misusing antibiotics. And if we don’t reform our use of these drugs, we may soon enter a “post-antibiotic era,” leaving the next generation with very few or no effective antibiotics.

In early January of 2017, we entered into an alarming new phase of the antibiotic resistance crisis, when it was reported that a woman in Nevada died from an incurable bacterial infection—one that resisted 26 different antibiotics. New antibiotics take many years to discover, test and complete clinical trials. However, we have other strategies to slow the spread of these dangerous pathogens. First, we must curb unnecessary antibiotic use, which drives the growth of superbugs.

One of the primary reasons antibiotics are misused in the hospital is that doctors must wait several hours, if not several days, before the hospital lab can tell them precisely what infection the patient has and what antibiotics that specific infectious strain is susceptible to, or which drugs can kill it.

Here are several of the most frequent ways we misuse antibiotics in the clinical setting:

A 2016 global assessment of antimicrobial resistance noted that 40 million people in the U.S. are given antibiotics every year for respiratory issues, yet 27 million of these people did not actually need them because they had viral infections, or no infection at all.1 Without a rapid tool that can tell physicians that an infection is viral or bacterial, it’s common clinical practice to give the patient antibiotics defensively. This has been standard practice for decades, but we can no longer afford imprecise use of our antibiotics.

We need to change the current model of prescribing to one where clinicians know exactly what they’re treating before initiating antibiotics, and this can be achieved through better utilization of diagnostic tests.

Newer and faster diagnostic tests are among the most promising tools for preventing the misuse of antibiotics and one of our leading tactics to curb antibiotic resistance.

And, resistance is not the only problem caused by antibiotic misuse. Over-exposure to antibiotics—specifically broad spectrum antibiotics—harm patients in many other ways, including organ toxicities, serious healthcare associated infections, such as C. difficile, antibiotic allergies and other adverse events. This is why innovative diagnostic tests are so vital right now.

In late February of this year, one such test was cleared by the FDA to help doctors quickly determine if an infection is or is not bacterial. This biomarker test detects a natural human protein called procalcitonin (PCT), which happens to rise dramatically in the bloodstream when a severe bacterial infection is present. It does not elevate in response to minor or localized bacterial infections. Nor does it change because of viral or fungal infections. While not a true diagnostic, per sé, PCT is ideal for the unique problem we face today: the need for a rapid and accurate tool to assist antibiotic management.

This is the first time a diagnostic tool has been cleared for clinical use to help doctors decide when and if they should start treating a patient with antibiotics and when they can safely stop antibiotic treatment.

In the U.S., at least 30 percent of antibiotics prescribed for use in people are unnecessary. Likewise, industrial farms in the U.S. inappropriately use millions of pounds of antibiotics each year. This must stop.

Second, we must develop new antibiotics.

Drug makers developed 13 classes of antibiotics between 1935 and 1968, but only three since then, as companies have become increasingly focused on more expensive, long term medications. Equally concerning, only one out of five antibiotics that make it to the initial phase of testing in humans will be approved by the FDA.

And finally, we must develop new diagnostic tests—such as the PCT biomarker test—to guide antibiotic prescribing and better utilize the tests that already exist.

Bacteria are constantly evolving, so even if we are able to develop an arsenal of new drugs, we will always need to stay one step ahead of the bugs. For that reason, we need to use diagnostics tests to help doctors prescribe antibiotics more accurately.

Using PCT testing for antibiotic management is a positive step in the right direction. But, we need even faster tests that can help doctors select the very best antimicrobial therapy for the patient within minutes of seeing her. We can make this a reality, but our incentive and reimbursement models need to change, which I will discuss in my next column.