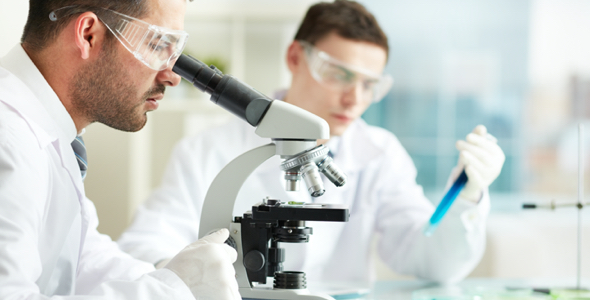 Candida species are by far the predominant cause of fungal sepsis, accounting for about 5% of all sepsis cases. Invasive Candida infections are associated with a high mortality rate. Early diagnosis of invasive candidiasis is critical in order to initiate antifungal treatment promptly. According to the authors of Invasive Candidiasis as a Cause of Sepsis in the Critically Ill Patient, several studies have shown that inappropriate treatment or delays in the introduction of appropriate antifungals are associated with increased mortality in patients with candidemia (a Candida bloodstream infection) or septic shock due to Candida.

In January, CIDRAP reported that the CDC found three cases of pan-resistant C. auris in New York, and stated that, “Samples from the three patients were resistant to all three classes of commonly prescribed antifungal drugs—flucanazole, amphotericin B, and echinocandins.”  Additionally, “The resistance to echinocandins wasn’t detected until after they began receiving the drugs, which the authors said indicates that resistance likely emerged during treatment.” All three patients died, although one patient’s death was caused by underlying medical conditions. Recent research may help lead to improved ways to identify and treat multi-drug resistant fungi, including C. auris and others.

Candida auris is considered one of the most important fungal infections because it is often multi-drug resistant and it can be difficult to identify. A study published in August 2020 worked to uncover innate defense mechanisms against C. auris, with a hope to better understand how the fungus keeps its foothold in our bodies. Researchers were able to determine how our immune systems respond to C. auris versus other strains of Candida, such as Candida albicans. Collectively, the results of the study, “demonstrate that C. auris is a strong inducer of innate host defense, and identify possible targets for adjuvant immunotherapy.” Because fungal infections are frequently opportunistic, arising in patients with already compromised immune systems, there is strong interest in boosting patient immune response as a way of mitigating infection.

How Cryptococcus neoformans Adapts to Survive in the Human Body

In addition to Candida species, other types of fungal infections may also become invasive, especially in patients with compromised immune systems or other underlying health conditions. Cryptococcus neoformans, which infects the lungs and can then spread to other parts of the body, causes 1.6 million deaths worldwide each year.

Specifically, the fungus can cause life-threatening meningitis, most often in immunocompromised individual. A 2019 study from The Westmead Institute for Medical Research identified how this serious fungal infection can grow in humans by conserving phosphate. Cryptococcus neoformans needs phosphate to grow and sustain an infection in its host. Researchers found that, “In environments with limited phosphate, Cryptococcus neoformans remodels lipids – fatty acids in the cell membrane – to release phosphate.” Improving our understanding of how this fungus adapts and survives can provide the basis for further investigation into how to prevent this process from occurring and how to slow or halt infection spread.

While microbial culture and microscopy techniques are considered the gold standard for diagnosing invasive fungal infections, there is a need for increased speed, sensitivity, and specificity. A recent review of detection and identification techniques, published in Frontiers in Microbiology, discusses the utility and challenges of direct detection in clinical specimens, genome-based identification and characterization, and molecular detection of antifungal drug resistance.

The review authors note that, “Pathology (or diagnostic) stewardship is an area deserving consideration when implementing new technologies, and appropriate use of diagnostic tests for IFD should directly complement antifungal stewardship.” Ultimately, considerations should be given to laboratory capacity for technology adoption, protocols for usage and interpretation methodologies should be established, and cost-benefit analysis should be performed. Done correctly, implementation of new technologies can both reduce costs and improve patient outcomes. The authors conclude that, “With high-level DNA barcoding, NGS technologies, and metagenomic approaches, the vision of a “one stop shop” for fungal biomarkers seems to be within reach in the foreseeable future.”