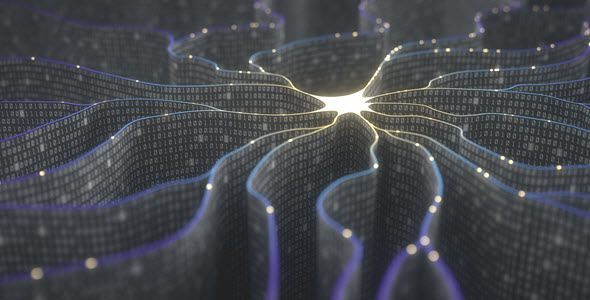 Over the years, it has become increasingly difficult to discover new antibiotics with conventional methods. The first great antibiotic discovery occurred by accident in 1928, when Alexander Fleming observed a mold colony, which had grown on a culture of Staphylococcus aureus. Dr. Fleming noticed that the mold had a secretion that prevented the growth of this bacteria, which he later purified, naming the compound, penicillin.  He received the Nobel Prize in 1945 for this discovery that revolutionized modern medicine. Later, scientists showed that penicillin has a unique structure, called a beta-lactam ring, which is the backbone of many antibiotics that are used today, including cephalosporins, carbapenems, and monobactams. Drugs that rely on a beta-lactam ring make up a class known as beta-lactam antibiotics.

Bacteria have shown resistance to compounds that kill them for thousands of years, as they have struggled against each other and against other types of organisms for survival. In the big picture, penicillin was just another obstacle to survival for bacteria. Since penicillin’s introduction as a treatment for infections, bacteria have evolved and acquired ways to become resistant.  Antibiotic resistance makes bacteria more likely to evade eradication by commonly used antibiotic therapies, potentially leading to treatment failures. Because so many antibiotics rely on the beta-lactam ring structure of penicillin, bacteria have been able to use the same resistance mechanism to defeat multiple antibiotics in that class.  More recently, some bacteria have developed or acquired resistance to multiple classes of antibiotics, complicating the problem of resistance even further.

The Centers for Disease Control and Prevention (CDC) estimates that nearly 3 million people across the US develop an antibiotic-resistant infection each year, but antibiotic resistance is not only a problem in the United States. The rise in global antibiotic resistance has led to a call to develop more antibiotics, and the Global Antibiotic Research & Development Partnership is working with governments, private companies, and academia to promote antibiotic development.

Historically, antibiotics have been discovered largely by screening microbes, especially those commonly found in soil, for secretions that prevent the growth of harmful bacteria. However, discovering new antibiotics using traditional research methods is becoming more difficult. Researchers repeatedly discover the same molecules, and engineering next-generation versions of existing antibiotics has resulted in significantly more failures than leads. So, scientists have sought out different solutions.

Researchers from MIT and Harvard developed a new approach to antibiotic discovery using a type of artificial intelligence (AI) called deep learning. Their goal was to develop a model that could harness the power of AI to usher in a new age of antibiotic discovery. So far, their model has identified eight antibacterial compounds that differ in structure from known antibiotics. Halicin, the most promising discovery from the study, is able to kill 35 types of potentially deadly bacteria.

AI may be able to redefine the discovery process. “Novel approaches to antibiotic discovery are needed to increase the rate at which new antibiotics are identified and simultaneously decrease the associated cost of early lead discovery,” according to the authors of the study, A Deep Learning Approach to Antibiotic Discovery. “With recent algorithmic advancements in modeling neural network-based molecular representations, we are beginning to have the opportunity to influence the paradigm of drug discovery.”

The AI technology that found Halicin was trained to analyze the structure of nearly 2500 drugs and other compounds to find those with the most anti-bacterial qualities that could kill E. coli. About 100 candidates were discovered using AI, which then underwent physical testing. That process resulted in the discovery of Halicin as a broad-spectrum antibiotic.

Halicin displays bactericidal activity against many pathogens, including Mycobacterium tuberculosis and carbapenem-resistant Enterobacteriaceae. Halicin has also effectively treated C. difficile and multidrug-resistant Acinetobacter baumannii infections in mice. In 2017, the CDC attributed nearly 13,000 U.S. deaths to C. difficile alone, so this is a promising and important discovery.

When developing a new antibiotic, it is crucial to understand how bacteria may become resistant to the drug. Halicin is structurally different from most antibiotics, and it appears to retain its bactericidal activity against antibiotic-tolerant bacteria, which is a good sign. This suggests that the antibiotic may be able to overcome many resistance determinants, because it functions through an uncommon mechanism: disrupting the flow of protons across a cell membrane. Because of that, the authors of the article propose that the efficacy of halicin may be preserved longer than conventional antibiotics.

In conclusion, the results of the study, A Deep Learning Approach to Antibiotic Discovery, highlight the use of deep learning technology to expand our antibiotic arsenal with completely new and structurally distinct molecules.  AI offers an opportunity to redefine the process of antibiotic discovery, create new antibiotics, and preserve them for longer than ever before.

Opinions expressed in this article are not necessarily those of by bioMérieux, Inc.