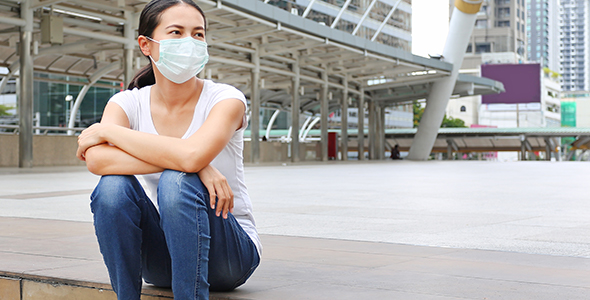 On January 21st,  the Centers for Disease Control and Prevention (CDC) issued a press release outlining the first case of a novel coronavirus from a patient traveling from the Wuhan province of China. The patient is in isolation at Providence Regional Medical Center in Everett Washington. A specimen sent to the CDC confirmed that the patient has a coronavirus. The CDC has started health screenings at major airports, including John F. Kennedy in New York, Los Angeles International, San Francisco International, Hartsfield-Jackson Atlanta International, and Chicago O’Hare. The CDC hopes to mitigate the spread of the virus by screening passengers traveling from the Wuhan province.

According to the CDC, coronaviruses were first identified in the mid-1960s, and to date, seven have been identified; they have been known to circulate primarily in animals. Although it is rare, coronaviruses from animals have been known to jump to humans, where they may cause respiratory illness. This coronavirus, which has not previously been identified in humans, has been designated as 2019-nCoV. The number of cases is rising, and the Imperial College London estimated that Wuhan probably has 4,000 symptomatic cases, as of January 22, 2019. The virus has spread from China to Japan, Thailand, South Korea, and now to the US.

So far, fatalities are relatively few, especially when compared to two other recent coronavirus epidemics. In 2012, a new coronavirus, which caused severe respiratory illness, was identified in the Saudi Arabian Peninsula and was traced to dromedary camels. The CDC reported that by September 2015, 1,569 cases and 554 related deaths were attributed to Middle East Respiratory Syndrome (MERS) and recent numbers show over 2,400 cases with a 34% mortality rate.  In 2002, a coronavirus was linked to bats and civets in southern China and caused around 8,000 cases, with a mortality rate of 10%. This virus was named Severe Acute Respiratory Syndrome (SARS) and was mainly contained in China and Hong Kong, with only 8 confirmed cases in the US.

Transmission of the new virus, 2019-nCoV, occurs via respiratory droplets and close human contact, similarly to how influenza spreads, and may take 5 to 10 days to show serious symptoms.  The CDC has developed a real-time reverse transcription-polymerase chain reaction (rRT-PCR) test for the virus. Currently, testing must take place at the CDC, but they plan to share tests domestically and internationally through the International Reagent Resource in the coming days and weeks. The CDC hopes that screening at the major US airports and activation of their Emergency Operations Center will help prevent the spread of this novel coronavirus.