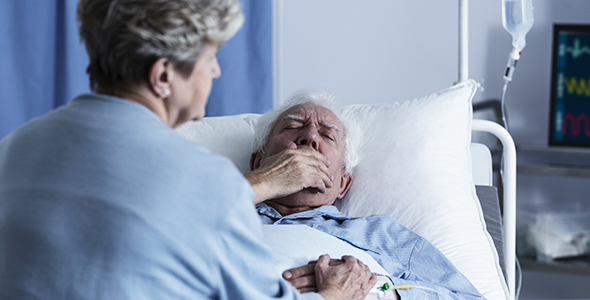 Sepsis, a potentially life-threatening condition caused by the body’s response to an infection, affects more than 1.7 million adults in the US a year. Sepsis can happen to anyone who has an infection, but it is most common in older adults, pregnant women, children younger than one, and those with chronic conditions or weakened immune systems.

Over 270,000 lives are lost to sepsis each year in the United States. Prevention and early recognition of sepsis are of paramount importance in improving mortality rates.

In addition to the toll sepsis takes on people’s lives, sepsis presents a major financial burden to US healthcare systems. According to a recent report published by Premier, from 2015 to 2018, the cost of treating patients who develop sepsis in the hospital rose by 20%, with hospitals spending $70,000 per case in 2018.

Dr. Madeleine Biondolillo, Vice President of Quality Innovation at Premier, said that septic shock is probably more common among patients already in the hospital because they often have weakened immune systems. Septic shock is the most serious complication of sepsis and is associated with high mortality rates.

The Centers for Medicare and Medicaid Services (CMS) require hospitals to comply with a sepsis bundle and initiate treatment within three- and six-hour time frames. However, the national average compliance rate is only 51%.

To alleviate the burden of sepsis on patients, families, and the healthcare system, everyone must take or continue to take impactful actions according to their roles, raising awareness, fighting infectious diseases, and improving patient outcomes.

2 Replies to “The Cost of Sepsis in Lives and Dollars”