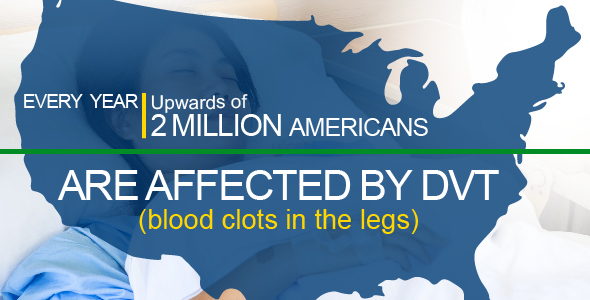 Meeting John Scirica in August of 2012, it would be hard to accept that he was 64-years-old, let alone that he was near death from a rare case of bilateral pulmonary embolism.  The condition left the pulmonary arteries in both of his lungs blocked from blood clots that very likely traveled there from his leg.

At the time, the retired teacher was incredibly active and tended to make a strong first impression. He was an extreme body builder, commonly seen in his red sports car, wearing a tight sleeveless shirt and shorts, along with his signature shaved head.

John retired to the Tar Heel state after working for New York State public schools—the last 19 years of his career spent as a principal of an elementary school on Long Island. Like many in North Carolina, John has a noticeable New York accent.

“The leg pain began in August of 2012,” says John. “I do body building and have done it all of my life, so I really didn’t give it much thought, just assumed I pulled my calf muscle—nothing serious.”

At the time, John was seeing an orthopedist for a shoulder injury from weight lifting. “I mentioned my leg pain, and he said it could be a slight calf tear or even a stress fracture, considering how frequently I worked out. In either case, he said I should lay off standing barbell calf raises and other exercises that target the calf.”

John also has asthma and is used to occasional flare-ups. But in the late summer of 2012, he had an episode that was unlike anything he had ever experienced before.

“I was having such a difficult time breathing that I went to the emergency room,” John says. “I learned an important lesson from that trip to the hospital—never tell an emergency room doctor what you think you have. I told him I thought it was my asthma and he quickly agreed. He prescribed me prednisone and antibiotics and I went home.”

But it wasn’t asthma. Having taken prednisone before for his asthma, John knew that it typically eased his breathing after a day or two. This time, however, there was no improvement. In fact, his labored breathing got worse.

With a leg that was not only painful, but now swollen, and his continued struggle to breathe, John made an appointment with his GP—who missed all the telltale symptoms of PE and sent John home.

“Both my calf and ankle were swollen and now my upper leg started getting tight,” John says. “And it was still no easier to breathe.”

John returned to his orthopedic doctor for another prednisone shot for his injured shoulder.

After a series of missed opportunities, that appointment was probably the last chance John had.

“The doctor looked at my leg, and you could see it on his face—I was in serious trouble. He called the ER and told them I was coming. Not wanting to leave my Corvette in the hospital parking lot, I first drove home, got my wife and took her car to the hospital.”

PE usually occurs together with deep vein thrombosis (DVT), so the two are often described as, “venous thromboembolism.”  PE-DVT is very dangerous. If not diagnosed, a third of all patients die very suddenly, which is why John’s story is so remarkable. Doctors missed his symptoms repeatedly, and every hour that passed increased the chance that he would not survive.

John had nearly every significant symptom of PE-DVT:

According to the Mayo Clinic, those are four telltale signs of PE. But because of John’s high activity level, his asthma and a workout routine that often left him with aches and pains, a series of doctors missed all of those symptoms.

“I kept slipping through the cracks,” says John. “The first GP visit, my doctor, who never even looked at my leg—just assumed it was a weight-lifting injury. My neighbor is a cardiologist, and he said those two symptoms alone—difficulty breathing and calf pain and swelling—should immediately send up a red flag for possible PE.”

In the emergency room, John’s doctor was blunt. “He told me I appear to be extremely healthy, but I was actually quite sick and close to death.”

A single clot in a pulmonary artery can be fatal. John had multiple clots in both lungs. He was treated immediately with injections of Lovenox, a common anticoagulant therapy for PE. He also received injections of the blood thinner Coumidin.

A sonogram showed that John had clots from the middle of his calf all the way up to his groin.  The valves in the arteries of his legs are permanently injured.

For a week following discharge, John had to inject himself with Lovenox. Now, he must wear compression stockings for the rest of his life and take warfarin. He has to have a monthly blood check, because warfarin can be toxic in some patients.  He bruises more easily as a result of the warfarin, but tries to be careful. At first, he tried to maintain his shiny bald head with an electric razor to avoid cutting himself.

“I hated that electric razor, so I’m back to using a real razor—just much more carefully.”

John’s doctors can’t say why this happened to him.

He has none of the common risk factors for PE. No recent treatment for cancer or heart disease. He certainly is not sedentary, nor is he immobile for long periods at a time. He is not overweight nor is he a smoker.

John still works out, but he is much more aware of his aches and pains. “After all of this, the manager of my gym had the same exact problem. He had trouble breathing, but no leg pain. He was being treated for an upper respiratory tract infection. Once we talked, he went back to his doctor and guess what, he had PE.”

“I remember about a week before I was finally diagnosed, I woke up and thought someone was sitting on my chest. I actually wondered if I would ever wake up again. I got out of bed and took a baby aspirin, thinking I may be having a heart attack. I talked to my doctor about this, and I think that aspirin ultimately saved my life because the pain I woke up with that morning—I think a clot was traveling through my heart right then, on its way to my lungs. I’m a lucky guy.”

In 2016, John had to suspend his 4 weekly workouts for a complete hip replacement.

In the days prior to surgery, John was told to stop taking Xarelto, his DVT preventive anti-coagulant. Within a week of the successful surgery, John had many of the same symptoms he experienced just a few short years before. He quickly returned to his doctor, who determined that the swelling in his leg was, in fact, a return of DVT. John’s anticoagulant treatments were increased and the clots were safely resolved.

Today, John works out 2 days a week and goes to physical therapy 2 days a week. But the 67-year-old’s goal is to return to his 4 weekly, 2-hour workouts.

DVT Awareness Month calls attention to this potentially deadly health condition. The goal is to raise awareness of signs and symptoms of DVT and PE, and encourage people to talk with their doctors, particularly immobile individuals, pregnant women, and other groups at higher risk for DVT.