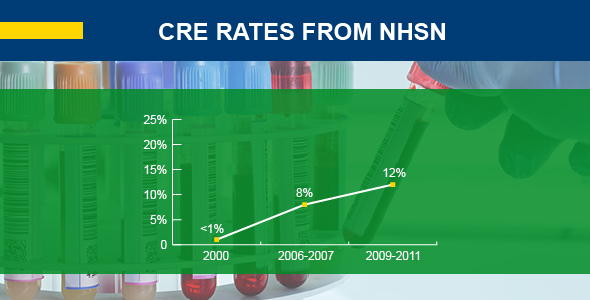 Microbes are the ultimate survivors. The fossil record of bacteria shows that certain bacterial strains are estimated have been around for the last 3.5 billion years. From extreme heat to extreme cold, drought to flood, global volcanism to glaciation, these organisms have been selected to survive. So, it’s not surprising that they’ve found ways to get around the drugs we develop to kill them. In fact, the more we use these drugs—especially the most powerful ones—the more rapidly new methods of antibiotic resistance develop. There are many methods bacteria use to negate the actions of antibiotics, which we call, “mechanisms of resistance”.

According to the Centers for Disease Control and Prevention (CDC), we are not currently good stewards of antibiotic drugs. For example, the CDC estimates that 30% to 70% of the antibiotics prescribed in long-term care facilities are unnecessary. We overprescribe and misprescribe antibiotics at an alarming rate, which creates a host of health complications.

However, one curious fact emerges when we look at the pattern of antibiotics we’ve prescribed over the last decade, the development of new mechanisms of resistance, and the incidence of antibiotic resistant organisms over the same time period.

While we continue to overuse and misuse a great deal of antibiotics, we have not significantly increased the overall number of antibiotic prescriptions in the U.S. during the last decade. So why are we seeing such a rapid increase in new mechanisms of resistance among microbes, especially bacteria?

According to “Estimating National Trends in Inpatient Antibiotic Use Among US Hospitals From 2006 to 2012,” by James Baggs and colleagues at the CDC, the overall rate of antibiotic use in U.S. hospitals did not change significantly in those seven years. So why is the problem of antibiotic resistance increasing?

While the raw number of doses did not change much in those seven years, the type of antibiotic shifted dramatically from less powerful antibiotics, called “narrow spectrum antibiotics” to the more powerful “broad-spectrum antibiotics.” The antibiotic classes with the most significant increase include glycopeptides, β-lactam/β-lactamase inhibitor combinations and carbapenems.

As we said, bacteria are excellent survivors. The development of antibiotics was great for us, but not for them. They have learned to adapt and evolve new ways to dodge the deadly effects of these drugs. However, as James Baggs and his colleagues at the CDC concluded, by shifting our use from less powerful to very powerful antibiotics, we put greater selective pressure on these pathogens. And bacteria have responded by developing totally new mechanisms of resistance at a faster rate than we have ever seen before.
So, despite a similar number of antibiotic prescriptions, the change in the types of antibiotics prescribed has resulted in an increased rate of resistant bacteria cases. The hope is that this problem can be reversed through the responsible and judicious use of antibiotics that we call Antibiotic Stewardship.

Christopher Cook has over 20 years’ experience in pharmacy practice ranging from academia to clinical practitioner and outcomes researcher. Dr. Cook is currently the Senior Director, Antimicrobial Stewardship Customer Support at bioMérieux, Inc.. He also serves on the National Quality Forum Patient Safety Committee. Prior to joining bioMerieux, Dr. Cook served as a Clinical Professor at the University Of Georgia College Of Pharmacy.