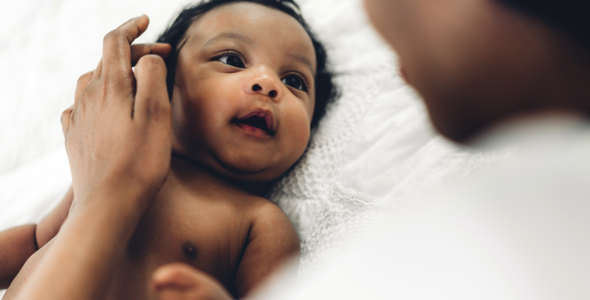 Worldwide, acute gastroenteritis—defined as a rapid onset diarrheal disease with or without nausea, vomiting, fever, or abdominal pain—causes 1.34 million deaths in children under age five each year. In the United States, it accounts for 200,000 pediatric hospitalizations and 300 deaths among children annually. While mild cases of pediatric gastroenteritis can often be handled by parents at home, severe cases necessitate medical intervention.

Diagnosing the underlying cause of acute gastroenteritis can be difficult because symptoms are not specific to each potential pathogen. Although the disease severity depends on the degree of fluid loss, identifying the causative pathogen is important to determine what, if any, antimicrobial therapy may be required in addition to treatment or prevention of dehydration. A wide range of pathogens can cause acute gastroenteritis in children. The list below is not comprehensive, but includes the pathogens that most commonly cause gastroenteritis worldwide:

Importantly, the causes of gastroenteritis among children can vary by region and by age group. Globally, rotavirus is the most common cause of pediatric gastroenteritis among children under age two, while children older than age two are more likely to be infected with Shigella, a type of bacteria. Rotavirus used to be common in the United States, but vaccination has become relatively widespread, with 68.6% of infants receiving the entire vaccine series. Now, norovirus is the most common cause of pediatric gastroenteritis in the United States.

The variability and range in potential causes of acute gastroenteritis creates diagnostic challenges. In an article for the International Journal of Microbiology, the authors write that, “The traditional culture and microscopy procedures are time-consuming, lack sensitivity, and require special laboratory setup and well-trained staff. However, based on the advancement in molecular diagnostics and with the introduction of commercially available tests, traditional diagnostic techniques have been continuously replaced by these newer rapid antigen detection and molecular-based methods.”

Even these newer diagnostic methods are continuing to evolve. Earlier this year, a paper published in the BioChip Journal noted that, “A few years ago, molecular POC [Point of Care] diagnosis was limited to testing only the most common pathogens. This lack in diagnostics capability led to further downstream tests or unnecessary prescription of antibiotics.” However, advances in technology have facilitated expansion of testing panels, including those for gastrointestinal infections.