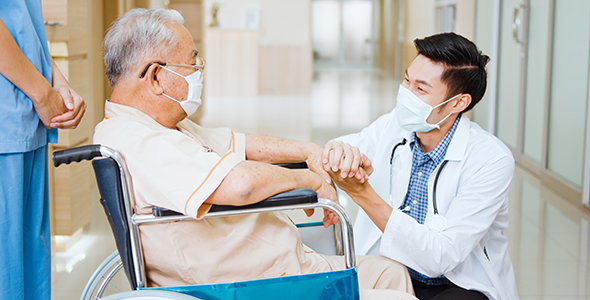 Antibiotics are considered one of humankind’s greatest achievements. Beginning with the discovery of penicillin in 1928, antibiotics have been used to save countless lives. What happens when the antibiotics we depend on are no longer effective? Imagine a scenario where routine surgeries and minor infections can frequently become life-threatening, and the cost of treatment increases substantially. It sounds like a bad dream, but the reality is that some people are already experiencing these effects, with some groups and regions more at risk than others.

Antimicrobial resistance (AMR) is a natural process whereby microbes, including bacteria, fungi, and viruses, evolve to be able to fight or evade the action of drugs designed to eradicate them. Currently, across the globe, approximately 700,000 individuals lose their lives each year because of drug-resistant infections. AMR is one of the most urgent global health threats that humanity faces today. David Cameron, former UK Prime Minister, states that, “If we fail to act, we are looking at an almost unthinkable scenario where antibiotics no longer work and we are cast back into the dark ages of medicine.”

Antimicrobial resistance is driven by the replication and spread of microbes exposed to antimicrobial drugs or other agents (such as disinfectants) and the mechanisms the microbes have evolved against those compounds. This naturally occurring process is accelerated when antimicrobials are frequently present in the environment or in the microbes’ hosts. The largest contributing factors to increasing AMR are the misuse and overuse of antimicrobials, particularly antibiotics, in healthcare and agricultural settings.

In healthcare, the CDC estimates that doctors in the U.S. unnecessarily prescribe 47 million courses of antibiotics each year, and in many other countries around the world, it is possible to get antimicrobial drugs without a prescription.

The unnecessary use of antibiotics in the agricultural industry, particularly in livestock, is also a major issue. In the US, large quantities of antibiotics that are medically important for humans have been sold for use in animals for production purposes rather than therapeutic purposes. A 2015 study in PNAS projected that globally, antimicrobial consumption in livestock production could rise 67% by 2030.

Impact of Antimicrobial Resistance on Low- and Middle-Income Countries

Although AMR is a Global health concern, there are countries and regions that are disproportionately affected. “Low- and middle-income countries bear and greater burden of infectious disease and with limited resources will be most adversely affected by AMR,” states the Technical Brief on Water, Sanitation, Hygiene and Wastewater Management to Prevent Infections and Reduce the Spread of Antimicrobial Resistance. Many low- and middle-income countries (LMICs) lack the infrastructure to adequately prevent and treat infections on a large scale. The lack of organized care, sanitation, hygiene, and clean water contributes to the risk of infection.

The seriousness of AMR in developing countries cannot be overstated, as illustrated by Dr Shin Young-soo, WHO Regional Director for the Western Pacific. “Quite simply, we are running out of effective antibiotics,” he said in a 2017 speech for World Antibiotic Awareness Week. “We can no longer ignore the urgency and gravity of this issue: resistance to antibiotics is a serious public health emergency.”

For example, tuberculosis (TB) remains the world’s leading cause of death from a single infectious agent, the leading killer of people with HIV, and a major cause of deaths related to antimicrobial resistance. Two-thirds of all TB infections globally were attributed to just eight countries with the highest mortality rates occurring in the African and South-East Asian regions. In 2019, 465,000 new cases of TB had resistance to rifampicin, the most potent first-line anti-TB drug, of which over three quarters were also resistant to isoniazid (multidrug-resistant TB).

Other types of infections are also burdening healthcare systems worldwide. The Technical Brief notes that, “multidrug-resistant bacteria are carried in the intestinal tract of people and animals around the world, which means untreatable symptomatic infections are challenging health care systems everywhere, rendering antimicrobials less effective.”

Effective antimicrobials are also especially important for people who are immunocompromised. For many, living with a weakened immune system means a higher chance of illness and infection. Patients with cancer, those living with HIV, and patients who have received organ transplants are examples of groups of immunocompromised people who depend on effective antibiotic treatments and face a threatening challenge in AMR. An article published in Infectious Disease Clinical of North America, notes that, “Rates of infection with multidrug resistant organisms (MDRO) are increasing among immunocompromised persons, as greater numbers of MDRO are observed throughout the population.”

Fighting Back Against Antimicrobial Resistance

Globally, many organizations, task forces, and governments are working to help combat antimicrobial resistance in both healthcare and industrial areas. In 2015, the World Health Organization (WHO) endorsed a global action plan to tackle antimicrobial resistance, which requires its member countries to develop action plans to address the issue. Additional global organizations and task forces committed to fighting AMR and the misuse of antibiotics include:

In the US, a September 2019 federal rule change required all U.S. hospitals participating in Medicare and Medicaid to have implemented stewardship programs as of March 2020. Additionally, the FDA has moved to eliminate the use of medically important antibiotics for production purposes in the feed and water of food-producing animals.

Non-governmental organizations are contributing as well. The Association for Professionals in Infection Control and Epidemiology (APIC) promotes the appropriate use of antimicrobials (including antibiotics) by offering resources to help healthcare practitioners improve patient outcomes, reduce microbial resistance, and decrease the spread of infections caused by multidrug-resistant organisms.

The American Hospital Association (AHA) has compiled an Antimicrobial Stewardship Toolkit in partnership with APIC and five other national organizations. AHA’s Center for Health Innovation (ACHI) focuses specifically on efforts to improve community health in a variety of areas, including infectious diseases. This week, June 6 – 12, ACHI hosts Community Health Improvement Week—a time to celebrate and honor those working in partnership to improve the health and well-being of individuals and communities. Addressing AMR in countries and in patient communities that are most at risk is critical in the global fight against infectious diseases. This will take a coordinated global effort that includes individuals at a community level and leaders of nations across the world. Together, we can make progress towards combating AMR for all.