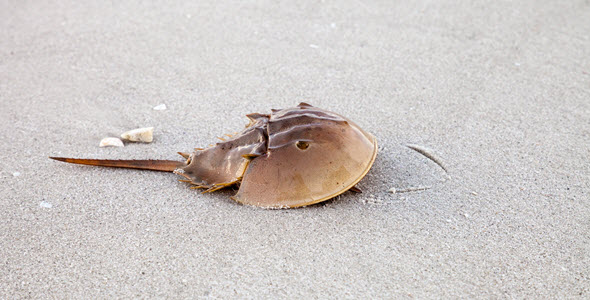 All eyes have been on vaccine development in 2020 as researchers around the world race to create an effective vaccine for the novel coronavirus. While this particular vaccine has been on the forefront of many people’s minds recently, the process to create a vaccine is relatively unknown to the general public. One critical component of development that may come as a surprise to some is the use of Horseshoe crab blood as part of the quality control and safety testing process.

Horseshoe crabs, which are native to parts of United States and Asia, contain a unique clotting agent in their blood that is used to make an important test reagent: Limulus Amoebocyte Lysate (LAL). LAL’s distinctive properties cause it to coagulate around and encase Gram-negative bacteria, which produce harmful endotoxins and are a potential source of contamination. Endotoxin-producing bacteria are found everywhere in our environment, but they become extremely dangerous if they get into a person’s blood stream, where they cause fever and potentially could lead to shock or sepsis. Endotoxins are dangerous in the blood stream—even the smallest presence of endotoxin in a pharmaceutical product like a vaccine can cause major health complications. Thus, LAL from horseshoe crab blood has been used to detect endotoxins in vaccines, injectable medicines, and medical devices for over 30 years.

The Impact of LAL Endotoxin Testing on the Environment

Horseshoe crab blood is the only known, natural source of LAL, which means that endotoxin testing around the world is completely reliant on the existence of a single animal. This total reliance presents inherent concerns and risks that must be considered, especially regarding the development of vaccines.

For example, there is evidence that that horseshoe crab populations have been declining in the United States and Asia. In 1990, biologists estimated that 1.24 million crabs spawned in Delaware—in 2002, that number had dropped to 333,500 and has remained stagnant until 2019. Horseshoe crabs are classified as “endangered” in Asia, and “vulnerable” in the US—just one step below endangered. Each year, LAL manufacturers bleed hundreds of thousands of horseshoe crabs and return them to the ocean—after which many will die. This practice, as well as overusing the crabs for fishing bait, has caused a decline in the species over the past few decades.

In addition to environmental considerations, sole reliance on horseshoe crab blood is still a potentially risky strategy when it comes to supply and demand. The COVID-19 pandemic has provided an unfortunate example of the fragility of the supply chain for vital medical products. Public health emergencies such as pandemics and epidemics, political relationships with other nations, and climate-associated events such as hurricanes and global warming all have the potential to create sudden and possibly catastrophic shocks to the supply of LAL. These risks must be mitigated to meet market demand for LAL and ensure ongoing product safety.

Additionally, many external factors could unexpectedly increase the demand for LAL. The pandemic has shown the effects that a global health crisis can have on the demand for medical device supplies, including the transport and availability of raw materials, import/export difficulties of raw and finished goods, and even nationalistic “hoarding”. These are issues that can impact any medical material but are more difficult to manage with a dependence on a single raw material like LAL, which is needed to test innovative vaccine candidates for endotoxin contaminants.

Although horseshoe crab blood is the only known source of raw material for LAL, an alternative endotoxin testing method has been gaining traction since the early 2000s. The cloning and insertion of the gene for the natural endotoxin biosensor (factor C) from the horseshoe crab genome into single cells for mass cell culture production has enabled the production of several  commercial grade recombinant factor C (rFC) tests. rFC tests are similar to LAL in that they provide the same answers and require similar materials and effort. However, there have been key obstacles in the uptake of rFc testing.

Competitive challenges among manufacturers have played a part—while some LAL manufacturers have embraced rFC production, not all have been so supportive. The FDA provides licenses to very few manufacturers that allows them to harvest horseshoe crabs from public waters—which gives LAL manufacturers a big competitive advantage and little incentive to change. Additionally, the pace of change in pharmaceutical legislation tends to be slow. Pharmacopoeias are either currently adopting (Europe) or have published the intention to include rFC at a future date (USP and Japan)—however, LAL manufacturer Lonza submitted an rFC validation to the USP Pharmacopeial Forum seeking compendial status more than 10 years ago to no avail.

The use of both LAL and rFC testing will likely continue for many years, with either being an effective test for the detection of endotoxins. However, the sole reliance on LAL-dependent assays presents complicated risks, especially when considering the continuous supply of safe medical products to meet market demand and the conservation of horseshoe crabs and the species that depend on them in the wild. An alternative test such as rFC may be the answer in helping to protect horseshoe crabs, the environment, and public health.