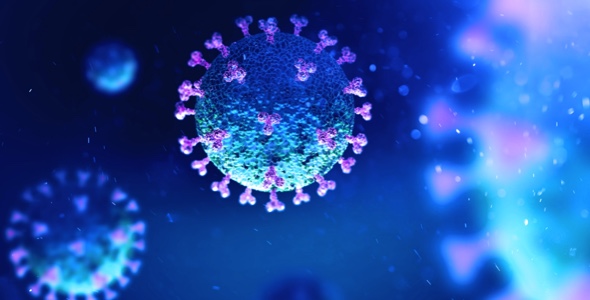 This is part 1 of a 3-part series about understanding viruses and how our immune system fights them so that we can develop diagnostics, treatments, and vaccines.

By the bioMerieux Connection Editors

Microbes have existed for billions of years, but human beings have only begun to discover and describe them in the last few hundred years. Microbes are everywhere—most are harmless, and many are even necessary for humans to survive. However, a few are pathogenic, meaning they can cause disease. There are different types of microbes, which are classified according to how they are structured:

Why and How Viruses Infect Us

Unlike bacteria and fungi, viruses exist in a gray area between “living” and “non-living” because of the way they are structured and how they reproduce. Prokaryotes and eukaryotes can, for the most part, reproduce on their own.  Viruses, on the other hand, depend on a host cell for nearly all of their functions, including reproduction. This is because viruses are essentially packets of genetic material and proteins—they lack the cellular “machinery” required to survive and reproduce on their own.

Viruses can use either prokaryotes or eukaryotes, or both, as host cells. To do so, the virus injects its genetic material into the host, which then triggers the host to begin replicating the virus’s genetic material. Although this process seems invasive, it is not always problematic for the host. In fact, viruses have even contributed to evolution by giving new genes to host cells that turn out to be beneficial. There is also evidence that the evolution of eukaryotes from prokaryotes was mediated in part by viruses.

Of course, the viruses that draw most of our attention are those that cause disease. As we face down the COVID-19 pandemic, it’s important to understand not only how viruses work, but how our immune system responds. The way that viruses infect cells, replicate, and spread has pressured our immune system to evolve ways to deal with this type of threat. While the specific molecules and proteins involved may differ between types of viruses, the overall immune response follows the same general processes. That’s important because scientists and clinicians can leverage those processes to assist in the development of diagnostics, treatments, and vaccines.

One Reply to “What Are Viruses and How Do They Infect Us?”