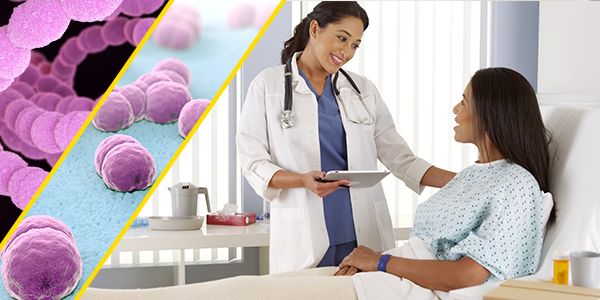 In the midst of the fight against COVID-19, it’s important to acknowledge the many other diseases competing with the coronavirus for the time and resources of our healthcare facilities. Healthcare professionals are providing care and treatment not only for the coronavirus but for other diseases as well, many of which continue to take lives and add to the burdens healthcare facilities face around the world.

April 24 is World Meningitis Day, and the condition is one of many that may compete against COVID-19 for healthcare resources. Meningitis is the inflammation of the protective membranes that cover the brain and spinal cord, most often caused by a bacterial or viral infection. The disease is deadly and debilitating, it strikes quickly, and it affects people of all ages. Discussion of the first known case of meningitis associated with SARS-CoV-2 is published in the May 2020 volume of the International Journal of Infectious Diseases, showing the neuroinvasive potential of the virus.

The Dangers of Bacterial Meningitis

Bacterial meningitis is a serious, life-threatening condition. Although the majority of people who develop it recover, permanent disabilities such as brain damage, hearing loss, learning disabilities, and limb loss can result from the infection. In 2017, it was estimated that more than 20 million years of healthy life were collectively lost from meningitis worldwide.

Several types of bacteria can cause meningitis. Leading causes in the United States include:

Meningococcal meningitis, caused by Neisseria meningitidis bacteria, is a global concern due to the bacteria’s potential to cause large epidemics. Twelve types of N. meningitides, called serogroups, have been identified, six of which can cause epidemics. This form of meningitis is also associated with high fatality—up to 50% when untreated.

A Goal to Defeat Meningitis by 2030

Despite significant progress in reducing the incidence of meningitis over the past 20 years, there were still an estimated 5 million new cases globally and 290,000 deaths from meningitis in 2017. That same year, representatives from governments, global health organizations, public health bodies, academia, and the private sector called for a global vision to defeat meningitis as a public health threat. The WHO took up the call to action and, with global partners and experts, developed a road map to defeat meningitis by 2030.

This first global road map on meningitis sets out a plan to tackle the main causes of acute bacterial meningitis. The three visionary goals are to:

In order to achieve them, the road map identifies strategic goals, key activities and milestones across five pillars: prevention and epidemic control; diagnosis and treatment; disease surveillance; support and care for people affected by meningitis; and advocacy and engagement.

The purpose of World Meningitis Day (April 24, 2020) is to spread awareness about the disease’s potentially life-changing impact, and about the importance of meningitis prevention and early recognition. This year’s theme for the occasion is ‘Defeat Meningitis’—we can all help to defeat meningitis.

7 Replies to “Meningitis: Deadly, Debilitating, and Associated With COVID-19”

In the U.S., we’ve cleared an important milestone in vaccine...